What started out as a school project for one of my children during African Heritage Month In 1998, turned into a personal family web site, with each family member having his/her slice of the pie. While designing these individual pages, 7 plus 1 intro page (Welcome to our World)  all the page building, rekindled my interest in information about Africa  and Africans on the 'net, to my surprise there were few sites, plenty of personal sites, with links that I liked, but very few committed to information about Africans from Africans, I started a links page for many of the personal sites had very long urls and I could never remember them all, We also had this long url for our site, http://personal.atl.bellsouth.net/yourname/a/f/..... this was very difficult to remember any way,  I had saved them all in my favorites folder, it was packed, I added the first set of links to a page I called "The Wisdom Page", it varied from George Clinton & The P-Funk Allstars to The Nation Of Islam, people began to send me links to add, The Wisdom Page got popular, so popular that my internet service provider (ISP) was sending me warnings about exceeding my bandwidth limitations, and in fact attempted to charge me for the so-called overage.

Early 1999 at or about this same time one of my favorite sites, www.blackpower. (I won't give out the extension, but you can figure it out) was having some type of problem and was up for sale, I thought , maybe I could purchase the domain name and keep it positive,  the only criteria that they required was that it remained African owned and operated and pay for the domain name of course, after numerous e-mails........, lets just say they never responded with any positive information, and just shutdown! (they have new owners now)

In 2000 I was under intense pressure from my (ISP) from the bandwidth overages and decided to purchase www.thetalkingdrum.com  I am a traditional African drummer and the drums have been suppressed for so-long, During the 1800's the drum was banned throughout most of the western hemisphere, for fear of unregulated communication amongst our People's and for fear of coordinated rebellions, due to its ability to communicate with our People's in code and great distances,  thus for me, it became a perfect name for this site, for that is exactly what we seek to do, and that is how the name originated .

2001 enter Destee Design & Publishing  Destee's skills and artistry is unmatched on the 'net today,  I need a page just to describe all She has done, but I'll list  them here, the flash movies, banner,, contact page and tons of other things  including "Hosting" this 100-plus pages site on her re-sellers account  for a year  thanks Destee

2003/2004 our community continues to thrive and expand with many Warriors stepping up,  taking the community to new heights, we are elated about the launching of Assata Shakur.Org  on 12/04 the anniversary of the murder of Chairman Fred Hampton, after a year of discussion around it, Warrior Ifaeshun turned that idea into a reality, creating a resource center Sister Assata will no doubtablly love,  which includes a Revolutionary Forum named Assata Shakur's Forum, which is currently up and running.

2004 also allowed us to host our own sites, eliminating some of the costs associated with re-sellers, it is also allowing us to realize many more ways to serve our People, without worrying about anyone's approval or dis-approval.

2004 also seen the coming together of The Anacostia Gazette hosted and created by Sister Queen Tyree and The awesome Afrikan.Net operated by Warrior King JahFree and Warrior Queen NattyReb these three Warriors were instrumental in the creation of The Talking Drum.Com, It is safe to say www.afrikan.net and www.ag-east.org are the Parents of  www.thetalkingdrum.com and we are humbled with their interaction with us today.

The Drum Collective a online organization, designed and created by Brother I'm The Truth & Sister Chaos, what can I say about these Warriors, two very serious, committed Revolutionaries, they have transformed a thought, turned it into a fully-functional on line organization The Drum Collective's  focus is on organizing not only online but importantly offline in our respective communities.

BlackMic.Com, serves as a hub for all of the mentioned sites BlackMic Radio, we can't mention BlackMic Radio with out giving mad props to Brother NutNNice he is a DJ extraordinaire, spent many nights uploading songs and creating programs, In fact one of our programs hosted by NutNNice "The Hard Truth Soldier Show" has been nominated, The Best Political Show on Live365 in 2004 NutNNice is a true Warrior... asante sana Bro!

BlackMic Radio  dubbed "The Real People's Station", features "The Sounds Of Us" from MalcolmX to Dead Prez to P-Funk to Fela, we have over 1100 songs uploaded, we will be going "Live" on Sundays in May marking one year of quality programming, which includes, The Digital Underground Hosted by Junious Ricardo Stanton  tune in as this line up is being created as I type this.

BlackMic Voice Chat is where we have online workshops/classes/discussions all serving our People,  to view the current schedule click here

PanAfrican TV which was launched on scheduled  in June 2004  features audio / video and text of the major Pan-African Revolutionaries of the past, present and future  this is Revolutionary in scope for there are many sites for lack of a better word "Pimping" liberation information without sending a dime to those who shed their blood, fled or are behind enemy lines.

PositivelyBlack.net  was launched in mid June 2004 designed by Gifted Warrior and Artist out of LA Rasta of www.AhsheEtc.com PositivelyBlack.net features the compiled writings of our People's Valiant Warrior "Junious Ricardo Stanton" syndicated columnist and Afrikan radio activist who is featured on many stations including New Black City, Blake Radio, BlackMic Radio and Harambee Radio. www.positivelyblack.net is a living tribute and library to this prolific writers works  we surprised him on the air during (Fathers Day) June 20 2004 on New Black City which featured The Talking Drum Collective members Sister Tyree, Brother Darnell, Rasta and myself stay tuned...

Dec 2004 Warrior Ifaeshun gifted scribe and web developer re-launched Roots And Rooted "for those who love  Afrikan Traditional Religion" (ATR's) www.rootsandrooted.org takes us to the next level in revolutionary theology and is a must see for those serious about getting free.

Jan 2005 we come out running cause its "Ride Or Die" we are coming with revolutionary ass kicking this year,  The Siafa Drum which is our newspaper launched Jan 2005 subscriptions are available, we continue to  feed the People and have served over 6000 in Atlanta so far. February 2005 FTP our hip-hop group will drop its single "Lets Ride (Freedom or Death)", with the album following in March. We also now sell merchandise to offset our growing expenses want to support the People? To make a purchase go to www.ftpmovement.com for more details.

We are a not for profit,

advertisement free, self supported, 100% African Owned, Designed, Maintained, Operated and Hosted site, we feature African related links geared towards liberation, empowerment, unification and justice, We offer listings of sites you probably will not find on most search engines, Free E-mail, VoiceChat, Discussion Forums, Online Radio Station, Audio / Video and plenty of reference material without any charge.  We seek to be a bridge, connecting our Peoples with uplifting sites,.... picture us as drummers playing sounds of liberation, can you hear the drum? 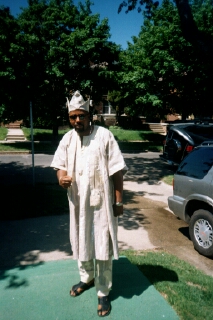 PS. I received A e-mail from a "Black site", not to long ago, for I was trying to add this site to their list of "Black sites", to my surprise their response was "your site is too black..." I was shocked, that is when I realized this site was/is just right!
"Are You Ready For Revolution?"